5 Things to Know About Building and Using Checklists

Jeff Skiles was the keynote speaker at the Indiana Safety and Health Conference this year. You might remember him as the co-pilot of U.S. Airways Flight 1549, “The Miracle on the Hudson.”

Beyond the fact that it was a fascinating story, there is a lot safety professionals and operations managers can learn from this incident and the aviation field in general. Skiles talked about the transition from a top down safety culture where the captain is always in charge and is not to be challenged to a culture where “a mistake by one is corrected by another.” A culture change that took 10 years.

He attributed the safety culture change to several factors including management accepting responsibility for giving employees the tools to make the best decisions and immunity from disciplinary action if an incident was reported. In addition, he cited strict standardization, defined work flows, call-outs (repeating a communication to ensure understanding), quick reference guides, check rides and checklists as tools that contributed to the culture change.

I spent 25 years in the airline industry and saw many of these changes including the use of checklists. A few years ago I posted a blog about checklists after reading the book The Checklist Manifesto by Dr. Atul Gwande. An effective checklist can be an important tool to prevent the next incident, but not all checklists are created equal. Knowing how to develop and use a checklist is key.

We don’t like checklists, they are cumbersome, difficult to use and just get pencil whipped. Besides “I know my job, I’ve been doing it for 12 years.” Yet mistakes are still made that result in injuries and damages. People are getting hurt and the investigation report reads something like this “failed to follow procedures,” or “wasn’t paying attention.” Quality degrades and efficiency suffers. Our response is to hand out disciplinary action and retrain.

According to Dr. Atul Gwande in his book The Checklist Manifesto there is a type of failure philosophers call ineptitude. In these incidents, the knowledge to prevent an injury or damage exists, but is not applied correctly or simply not applied at all. How many times have we conducted an investigation only to confirm what we already knew; procedures and training were not followed?

So, how do we get employees to consistently follow procedures?

There is one tool in our arsenal that is proven to guard against this type of failure…checklists, but too often they are only used to conduct a periodic inspection. Dr. Gwande stated about checklists, “They remind us of the simple steps, the ones we are likely to overlook or skip. They help instill discipline…,” discipline that contributes to higher quality and improved safety performance.

When changes occurs, the simplest tasks can become complex. Even without changes, we can lull ourselves into complacency by skipping steps because nothing has ever happened. Then someone gets hurt and our first thought is “we’ve done that job a thousand times before and this has never happened.” The steps can seem pointless until it gets missed and something happens. That’s why checklists are so ingrained into an aircraft pilot’s Standard Operating Procedures. To quote Dr. Gwande “A checklist gets the dumb stuff out of the way; the routines your brain shouldn’t have to occupy itself with, and lets it rise above to focus on the hard stuff.”

Based on an 18 month test by Dr. Gwande and his team from the World Health Organization, the medical field saved $175 million in cost and more than fifteen hundred lives. “These successes have been sustained by simply using a checklist.” He goes on to note that building failure is rare because construction companies use checklists. Airline crashes are rare largely because checklists for the mundane are ingrained into the culture, into the training and into their routine. In these type industries, checklists are required for success.

Here are 5 things I learned about building and using checklists from The Checklist Manifesto:

1. There are two types of checklists: DO-CONFIRM checklist where each team member performs their job from memory and experience, but then stops and completes the checklist to confirm everything was done. Or READ-DO checklists which work like a recipe. Complete each task line by line. Decide which type of checklist works best and provide instruction on how to complete.

2. Good checklists are precise, efficient and easy to use in the most difficult situations. A good checklist above all is practical and the wording is simple, not vague, exact and to the point. Free of clutter and unnecessary colors, clip-art or logos and ideally one page. A good rule of thumb is to limit the number of items to nine. By the way, nine is the limit of working memory. Completing a checklist should not take more than about 30-45 seconds and maybe some discussion. They also must be practical and prove their worth or they will not be used.

3. Use data from investigations, inspections, observations, etc. to identify which steps are most critical and often missed as the foundation for the checklist. How often do results from an investigation make their way into a checklist? Too often we issue new rules, retrain or conduct briefings, and then wonder why the new knowledge or procedure did not translate into immediate or sustainable behavior changes.

4. It’s not a record keeping exercise. Checklists should be conducted verbally with another person, not in silence or from memory. Memories fail too often. The goal is to encourage dialogue among team members.

5. Identify natural or clear ‘pause points ‘(as it is called in aviation), a point where the team must run through the checklist before proceeding. During pre-task or shift change for example, the pause point clearly defines when and where the checklist will be used.

A checklist doesn’t tell you what to do. It’s not intended to document each step of a process. A checklist does ensure that you cover critical steps, steps that may seem simple like lowering the landing gear before landing, but often are overlooked or forgotten. In addition, checklists foster team work and discipline, and improve communication between team members. Checklists can be used to build habit strength or implement a change, and improve performance without extensive or additional training. No increase in skill level is needed to complete a checklist.

A key component of safety leadership is learning from failures and ensuring a correction is made. A viable checklist can become a very important tool. If you made it through the day without an incident and your response is to “knock on wood,” then maybe it’s time to use a checklist.

The ABC Rule, Allies Build Careers... and they help you get things done 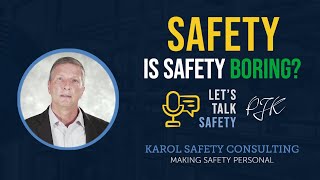 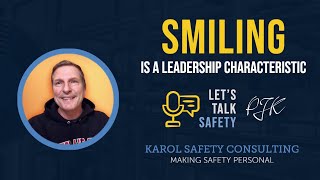 The ABC Rule, Allies Build Careers... and they help you get things done 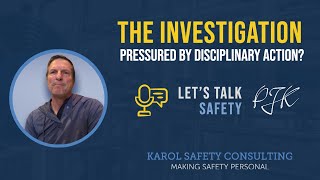 Look What I Found! 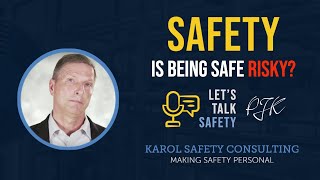 Being Safe is Risky 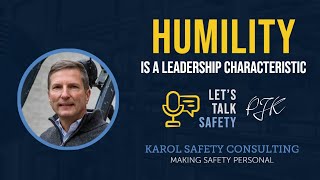 Humility is a Leadership Characteristic 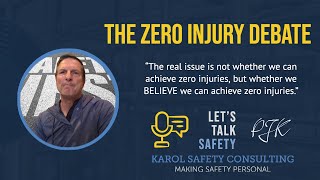